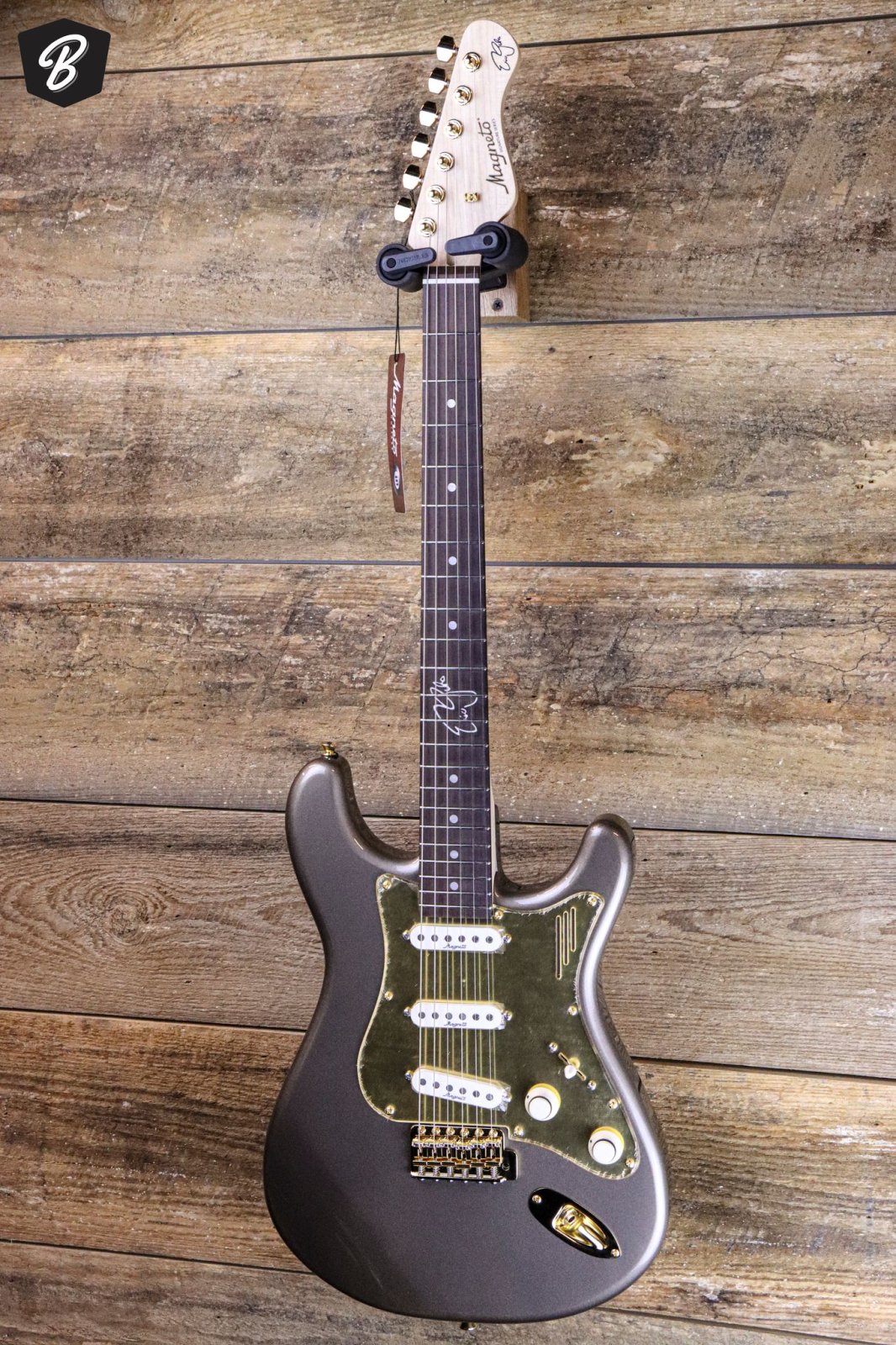 2021 will mark 10 years of collaboration between Eric GALES and MAGNETO® Guitars but it will also be a turning point for one of the most gifted guitar players of our time. A new album produced by Joe BONAMASSA is about to be released in January 2022. The new album will feature original songs written by Eric GALES, LaDonna GALES, James HOUSE, Tom HAMBRIDGE, Keb MO, Josh SMITH, Joe BONAMMASSA. And, as we speak the Eric GALES band is already back on stage touring through the USA and hopefully soon all over the world.

MAGNETO® guitars has produced several custom versions of the Eric GALES “RawDawg” guitar in the past years, we have always worked on the same type of body and neck combinations but we have tried to add a new feature at every new rendition making it a high grade instrument with a solid price tag.

In early 2020, we started to talk about the idea of producing a new Signature guitar that would be made available to a broader audience. We kept on talking with Eric and tried many options and we have also developed specific parts for that guitar. An important part of the plan was to develop a specific range of single coil pickups that would have the dynamics and great midrange response which play an important role in Eric’s guitar tone.

The MAGNETO Eric GALES RD3 will feature a basswood body as well as a 3-piece maple neck with a rosewood fingerboard. The first models will be available in Sunset Gold finish and will sport a Gold mirror pickguard and backplate, a Gotoh tremolo, Gotoh tuners as well as the new Magneto Metro-Poles EG1 pickups.